Very much a labour of love

The Hydro needs looking after and the volunteers have to go out and clean the screens  to ensure best efficiency. Today  (18th Oct) the screen was cleaned, large boulders, which had doslodged down to the Hydro from further up the Gynack were  removed and the gates were cleaned of leaves. The best bit was when the screens were cleaned, the Hydro visibly produced more power and therefore more funding for Community Projects. 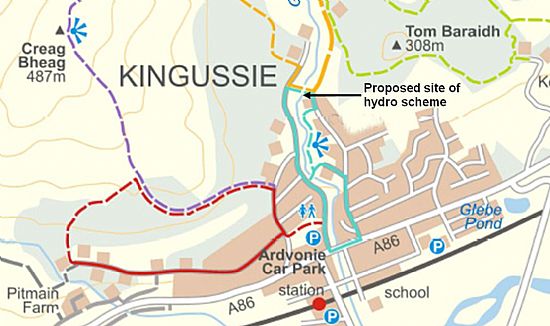 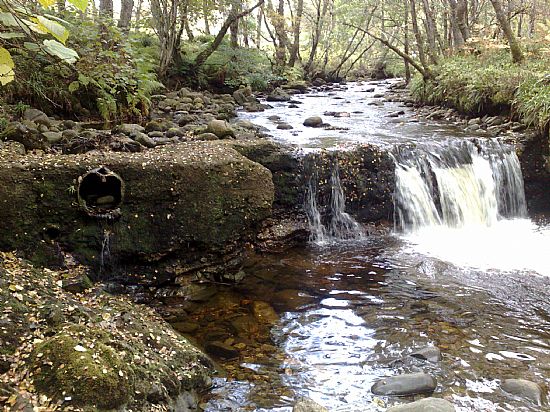 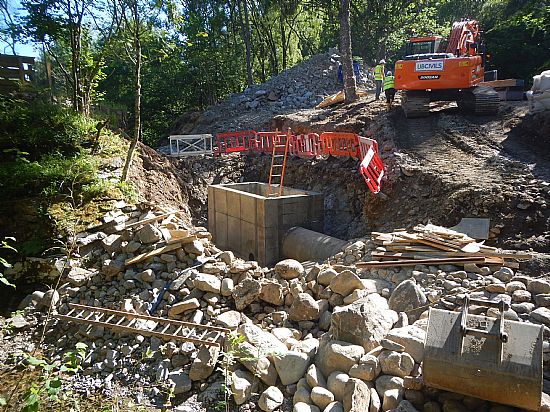 Since 2006 Kingussie Community Development Company (KCDC), a registered charity, has been working to re-establish a run of the river hydro scheme that provided power to St Vincent’s hospital during the 1920s. The new scheme was commissioned in February 2015 and is connected to the Kingussie Golf Club. Surplus electricity is exported to the grid. The income from the new scheme is intended to be used to support community projects and initiatives, including education. 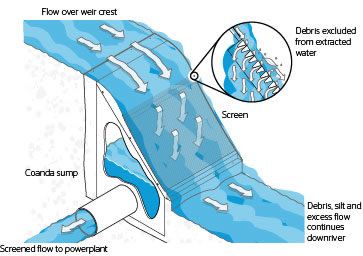 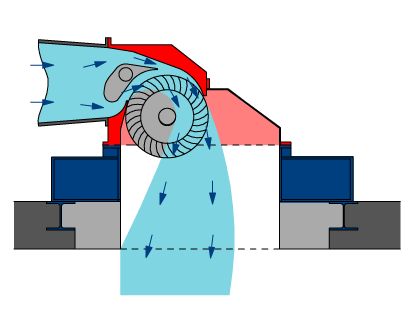 Water is abstracted through a 9m wide Coanda screen mounted on a new weir cast against the 1920s weir. The screen prevents entry of sediment and fish and has a design flow of 480 litres/sec. At lower flows than this water spills over the weir but it is all collected by the screen and seems to “disappear”. All the river flow then takes place through the bypass channel on the East side of the weir. Water flowing through the screen is collected in a sump and then passes through a 750mm diameter concrete pipe to the settling chamber which then connects via a 600mm diameter pipe to the turbine. 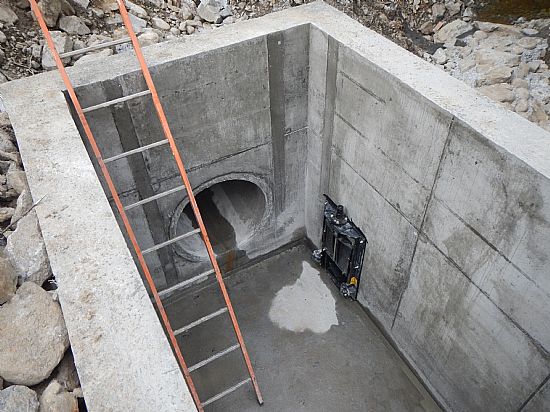 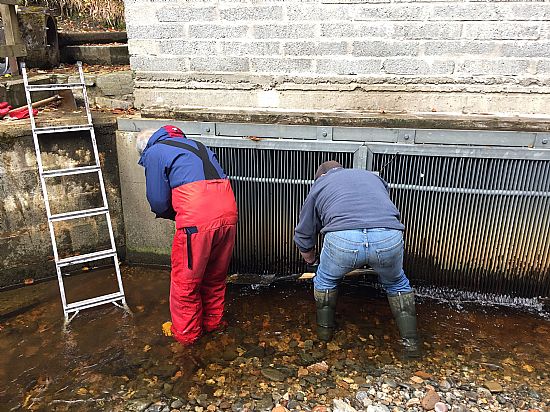 The purpose of the settling chamber, which has a volume of 10000 litres, is to remove turbulence and air that arises from the flow through the Coanda screen, thus allowing water to flow smoothly down to the turbine. It also allows any sediment that settles out to be collected and flushed out a side pipe back into the river. The water level in the chamber is controlled at a constant level by operation of the turbine vanes.

In the Crossflow type of turbine the water flows over and under the inlet vanes which direct flow to ensure that water hits the rotor at the correct angle for maximum efficiency. The water flows over the upper rotor blades, turning the rotor, then through the centre and back across the lower rotor blades producing further turning force. Most of the power is extracted by the upper blades (roughly 75%) and the remainder by the lower blades. The turbine is installed 1.5m above the summer water level and there is a rectangular draft tube below it that discharges 0.7m below the river level. As it exits the rotor water fills the draft tube from just below the rotor all of the way down to the discharge water level. This column of water wants to ‘fall out’ of the draft tube thus creating a negative pressure inside the turbine cavity and increasing the effective head of water available. The total head available is 4m. The turbine drives a 15kW generator which is connected to the electricity grid via Kingussie Golf Club, 250m North of the site.